All sorts of Hollywood types will be there, including the Marvel crew. Maybe Bruce Campbell and Ric Flair will face up in some sort of ultimate showdown?  Anyway, we’re pumped tons of great comics people will also be there, including Amanda Connor (Harley Quinn), Gene Ha (4 Eisners on his mantle), Ben Templesmith (his comics consistently creep out our employees), plus CHEW duo Rob Guillory and John (The Mighty) Layman.

We’re bringing tons of great back issues, trades, toys, and box sets. Look out for us. Drop by the booth (number 558) and say hey! 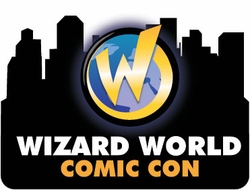